Menu
Log in
Register
Install the app
You are using an out of date browser. It may not display this or other websites correctly.
You should upgrade or use an alternative browser.

Currently reading:
Kenyans Troll Esther Passaris After She Likening Herself to US Vice President-Elect Kamala Harris

Nairobi Woman Representative Esther Passaris is under fire from Kenyans online after she compared herself to US Vice President-elect Kamala Harris.

Passaris through social media on Monday said she learned about Kamala from her persuasion coach, Juliet Erickson a few years ago.

“I had no idea who she was. But was told she had presidential ambitions. I started paying attention to her career especially after my coach called me and said, ‘By the way you have something in common. You both born on October 20, 1964,'” Passaris wrote.

She noted that since then, she has been following Kamala’s career, adding that she will draw on her success for inspiration.

“I had a sense of direction then. I have a sense of determination now. She inspires across borders. Thank you @JoeBiden for the vote of confidence in women. History was made because you wanted to be part of the change needed to right historical wrongs. A true #HeForShe Champion.”

Passaris’ post rubbed online users the wrong way with most them telling her that she is not even half the leader Kamala is. Others said they only compare in complexion but not mental wise.

Kamala becomes the first woman and first Black-South Asian woman to be elected to the second most powerful leadership position in the US.

Below are some of the reactions to Passaris’ tweet.

@JulietErickson_said: “Ooh noooo... She's a product of hard work and sheer brilliance. You are the complete opposite ma'am. Spare us.”

@LordChitechi noted: “Kamala Harris is disciplined. You are not and never will you be! Stop the comparison and focus on wearing translucent skirts.”

@Lazooj wrote: “She was a prosecutor, an Attorney, then a senator and Now V.P elect. Can we have your career trajectory please.”

@mfalmez tweeted: “You may console yourself with talk of similarity in looks which actually are not evident but on mental acuity, you are at the far ends of the scale.”

@muafrica_quipped: “Don't flatter yourself ma'am, the only thing you and Kamala share is skin complexion but that's just about it. Only the Iron lady @MarthaKarua comes close to Kamala.” 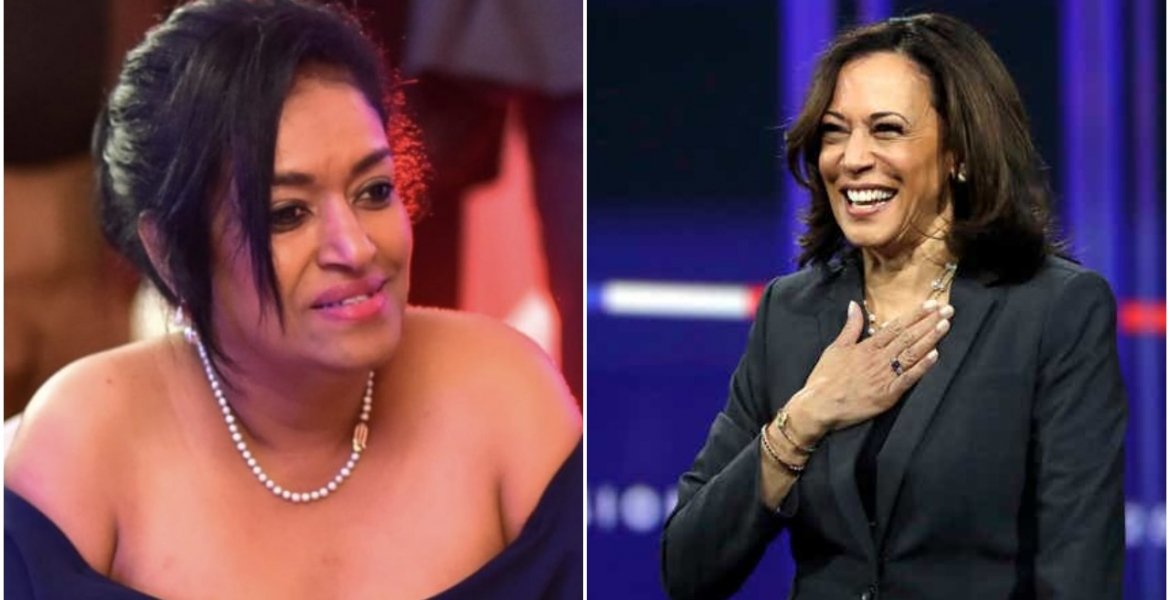